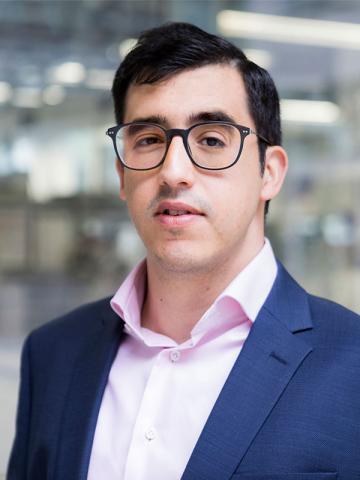 The research program of the Rodriguez-Emmenegger group focuses in the development of synthetic and biohybrid adaptive interfaces able to interact with the environment drawing inspiration in the way living systems interact and communicate. The group's overarching goal is to understand how to balance the overall repellency with specific multivalent and cooperative attractive interactions to develop superselectivity at interfaces and to translate this to the medical field. Toward this aim synthetic polymer and supramolecular chemistry, physical chemistry, biophysics, and engineering converge in a highly interdisciplinary team. In particular the Emmenegger group is interested in synthesis of macromolecules with precise chemical composition, architecture and topology. These macromolecules are used to study and develop antifouling, antimicrobial surfaces, coatings that interact with blood and modulate uncontrolled coagulation, as well as active synthetic cells.