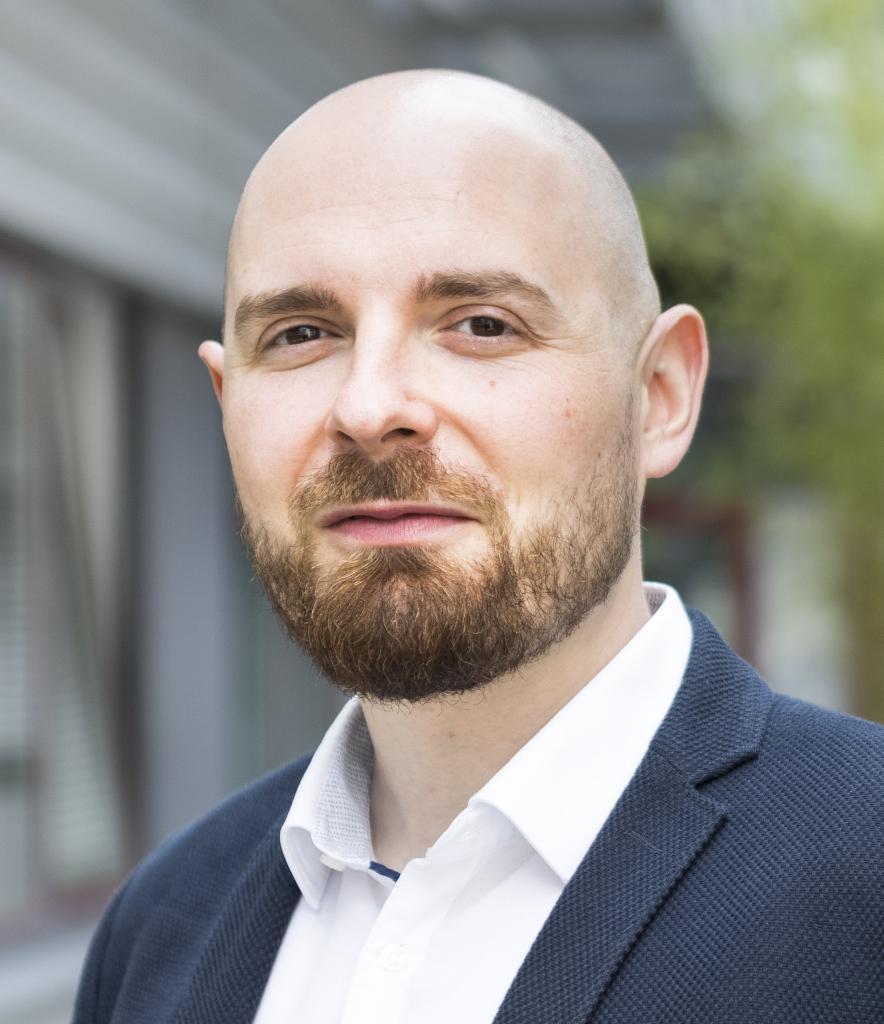 Dr. Robert Göstl, independent research group leader in the field of mechanoresponsive materials at the DWI – Leibniz Institute for Interactive Materials in Aachen, can celebrate a triple success in the first half of 2022: With his recent selection for the Heisenberg Programme of the German Research Foundation (DFG), his research will be funded with more than 500,000 euros in total over the next five years. Furthermore, Göstl will be honored twice by the German Chemical Society (GDCh): He will receive the Reimund Stadler Award 2022 as well as one of two Dr. Hermann Schnell scholarships at the biannual meeting of the GDCh Macromolecular Chemistry Division on 12 September in Aachen.

Robert Göstl and his research group are performing research in the emerging field of polymer mechanochemistry. They pursue the goal of understanding interactions of mechanical force with polymer materials and incorporating their findings into the development of improved and new materials. One of the recently published accomplishments deals with the synthesis of microgel systems that can withstand strong mechanical stress in the form of ultrasound through supramolecular hydrogen bonding. The mechanically resistant microgels developed in collaboration with Andrij Pich could be useful for applications in biomedicine or engineering where strong shear forces are expected.
Robert Göstl studied chemistry in Berlin. He completed his PhD in 2014 under the guidance of Stefan Hecht there and worked as a postdoctoral researcher in Rint Sijbesma's group at Eindhoven University of Technology between 2015 and 2016. Since 2017, he has been pursuing his independent research at the DWI - Leibniz Institute and is supported by the Volkswagen Foundation as part of a Freigeist Fellowship.

Heisenberg Programme of the DFG
The DFG's Heisenberg Programme is aimed at researchers who already fulfil all the requirements to be appointed to a tenured professorship. While the researchers prepare for a future scientific leadership position, they are funded to continue their high-profile projects at a location of their choice and to further enhance their scientific reputation. Robert Göstl receives a Heisenberg Fellowship as part of the programme.

Reimund Stadler Award of the GDCh Division of Macromolecular Chemistry
The Division of Macromolecular Chemistry of the GDCh usually awards the Reimund Stadler Award to a prospective university lecturer in the field of polymer chemistry and related areas in even years within the framework of the Division meeting. The award comes with a certificate and prize money of 5,000 euros. The award winner will be chosen from among the participants of the Young Academics Workshop. The decision on the awarding of the award is made by a selection committee appointed by the Board of the Division.